Jesse T. Hummingbird, CherokeeJesse, ¾ Cherokee and a tribal member of the Cherokee Nation, was born in 1952 in Tahlequah, OK, capital of the Cherokee Nation. He spent his childhood mostly in the deep South with frequent trips back to Oklahoma. He attended junior and senior high schools in Nashville, TN, and went on to study art at Watkins Institute, Middle Tennessee State University, the University of Tennessee, taking all the art classes he could but never earning a degree. As an adult he earned a graphics arts certificate at Nashville Tech and took classes at The American Academy of Art in Chicago. He now often takes classes at Cochise Community College.He established himself as a successful printer, graphic artist, and commercial illustrator with publishing companies in Chicago and Dallas before becoming a full time artist in 1983. Living in Tulsa at the time, Jesse turned his total effort to creating American Indian art. He pursues both Cherokee and other American Indian themes in his acrylic paintings. He has won several awards at regional and national American Indian shows and museums, including the Inter-Tribal Ceremonial, Heard Museum, and Santa Fe Indian Market.In 2017, Jesse was selected by the Cherokee Nation as a Cherokee National Living Treasure. Those selected are actively involved with the preservation and revival of traditional cultural practices that are in danger of being lost from generation to generation.Jesse currently exhibits at approximately 18 shows during the year, primarily in the southwest. He and his wife Sandy live in Bisbee, AZ, now. 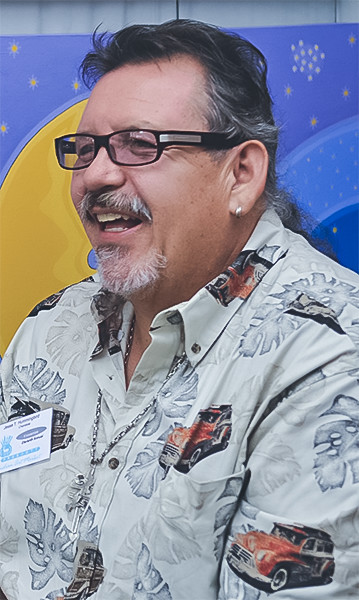